Would the U.S. protect Taiwan from China? Taiwan’s new envoy hopes for ‘clarity.’

COVID-19 cases in US grow since June, the start of the summer peak

AT LEAST 27 people have been killed and a further 24 injured after a gunman stormed a Baptist church in Texas.

Emergency services rushed to the scene at the First Baptist Church in Sutherland Springs, a small community south east of San Antonio.  A two-year-old is believed to be among the injured.

Local media report that the gunman has been killed but this remains unconfirmed. 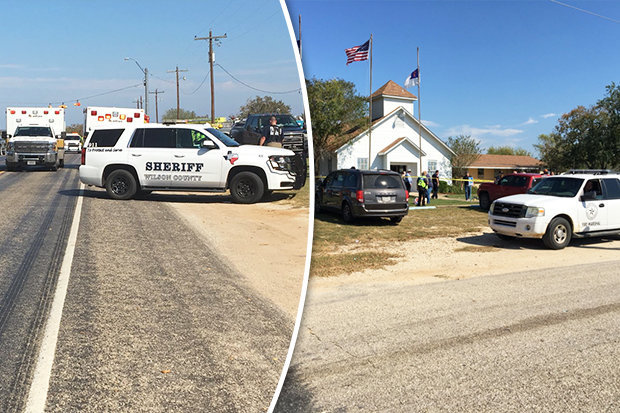 US reporter Max Massey wrote on Twitter: “At least six helicopters called to transport victims. “Neighbours say they heard shooter may have reloaded multiple times, around 50 people usually at service.

“Police tell me shooter is dead and there is no more active threat.

“Area of the church is now blocked off and taped off. Family and friends still waiting to hear if their loved ones are safe.”

No Content Available
It is not clear if a church service was being held at the time of the shooting. Sutherland Springs is a small community located in Wilson County, Texas, with a population of just over 300.  It has a Post Office, two petrol stations and a Dollar General Store.

Our International Tax Competitiveness Index has been used to compare the tax systems of OECD countries since 2014. At the beginning...