‘The world is against them’: new era of cancer lawsuits threaten Monsanto

‘The world is against them’: new era of cancer lawsuits threaten Monsanto

Dean Brooks grasped on to the shopping cart, suddenly unable to stand or breathe.

Later, at a California emergency room, a nurse with teary eyes delivered the news, telling his wife, Deborah, to hold out hope for a miracle. It was December 2015 when they learned that a blood cancer called non-Hodgkin lymphoma (NHL) was rapidly attacking the man’s body and immune system.

By July 2016, Dean was dead. Deborah gets emotional recounting the gruesome final chapter of the love of her life. But in recent months, she has had reason to be hopeful again.

In an historic verdict in August, a jury ruled that Monsanto had caused a man’s terminal cancer and ordered the agrochemical corporation to pay $289m in damages. The extraordinary decision, exposing the potential hazards of the world’s most widely used herbicide, has paved the way for thousands of other cancer patients and families to seek justice and compensation in court.

“It’s like a serial killer, but it’s a product,” said Brooks, 57, who has a pending case against Monsanto, alleging that her husband’s use of the company’s popular weedkiller at their home led to his fatal disease. “It’s unconscionable … I don’t see how they can win. The world is against them.”

Brooks said she cried when she learned that a jury had ruled in favor of Dewayne “Lee” Johnson, the terminally ill former school groundskeeper who became the first person to take Monsanto to trial over Roundup. The verdict stated that Monsanto “acted with malice”, knew or should have known its chemical was dangerous, and failed to warn consumers about the risks.

Monsanto has filed an appeal, and a hearing is scheduled for Wednesday in San Francisco. The stakes are high for Monsanto and Bayer, the German pharmaceutical giant that acquired the company earlier this year. Energized by the Johnson win, a snowballing series of courtroom challenges are now threatening the legacy and finances of the corporations – and the future of a chemical that is ubiquitous around the globe.

The fight against 8,000 plaintiffs

Monsanto has argued that “junk science” led to the jury’s ruling on the chemical called glyphosate, which the company brought to market in 1974. Sold under numerous brands, including Roundup and Ranger Pro, the herbicide is now worth billions of dollars in revenues and is registered in 130 countries, with approvals for use on more than 100 crops.

The Johnson v Monsanto trial was groundbreaking before it even began, because a judge allowed the plaintiff’s attorneys to present research and expert testimony on glyphosate and health risks – scientific evidence that the jury ultimately found credible and compelling.

Johnson, who is not expected to survive for more than two years, said he had prolonged exposures to glyphosate while applying the herbicide to school properties, at least twice accidentally getting large amounts of the chemical on his skin. Because Monsanto has insisted that the product is safe and has no cancer warnings on its labels, Johnson said he did not know about the risks until it was too late.

His award of $289m, which included $250m in punitive damages, is a game-changer for the 46-year-old, who will leave behind a wife and three children. But Monsanto is fighting to keep it from him.

“It’s a big red flag for the company,” said Jean M Eggen, professor emerita at Widener University Delaware Law School, adding of the verdict: “It brings more people out who might not otherwise sue.”

Roughly 8,700 plaintiffs have made similar cases in state courts across the country, alleging that exposure to glyphosate-based herbicides led to various types of cancer. The impact could be huge if Monsanto continues to fight and lose in jury trials, and an accumulation of wins could force the company to consider settling with plaintiffs.

“It could become very costly,” said Eggen, comparing the fight to the tobacco industry, which aggressively fought cases in court but eventually decided settlements were the best option. “It’s really a business decision.”

Monsanto may ultimately consider changing the labels to warn consumers about cancer risks and work to settle with consumers who have had high exposures, said Lars Noah, University of Florida law professor: “It’s sort of a wake-up call that their strategy was unrealistic.”

Of the thousands of cases, there are more than 10 trials on track to start in 2019 and 2020, with court battles ramping up in California, Montana, Delaware, Kansas City and St Louis (where Monsanto is headquartered). Farmers, gardeners, government employees, landscapers and a wide range of others have alleged that Monsanto’s products sickened them or killed their loved ones.

“This is a tremendous number of trials for one year and will allow plaintiffs to get critical evidence in front of juries – evidence not seen before,” said the attorney Aimee Wagstaff.

The first plaintiffs who may have an opportunity to face Monsanto in a courtroom are Alberta and Alva Pilliod, a California couple. Alberta, 74, has brain cancer while her husband, 76, suffers from a bone cancer that he said has invaded his pelvis and spine – both forms of NHL.

Given their age and cancer diagnoses, their lawyers have argued they have a right to a speedy trial. Monsanto, however, has opposed the request, and a hearing on the matter is set for Tuesday.

The couple, who have two children and four grandchildren, used Roundup from the 1970s until a few years ago – around their yard and on multiple properties they purchased and renovated. The couple said they chose the herbicide because they believed it wouldn’t be harmful to the deer, ducks and other animals that roamed their property. They were also sure it was safe for themselves.

“We are very angry. We hope to get justice,” Alberta told the Guardian, noting that they didn’t use protective gear when they sprayed and would not have used Roundup the way they did if they knew the risks. “If we had been given accurate information, if we had been warned, this wouldn’t have happened.”

Alva said the cancer had destroyed their lives: “It has been a miserable few years.”

Their lawyers hope to go to trial before it’s too late. Alberta’s doctors have said she has “substantially high risk” for recurrence, has “deep brain lesions” from the cancer – and is likely to die if she does relapse.

‘We are not going to be silent’

The Pilliods and other plaintiffs taking on the company have long argued that Monsanto led a “prolonged campaign of misinformation to convince government agencies, farmers and the general public that Roundup was safe”.

Attorneys have cited internal Monsanto records that they say demonstrate how the company has manipulated and corrupted the scientific record with respect to the herbicide’s safety. The scrutiny has escalated in recent weeks.

On 26 September, the prominent scientific journal Critical Reviews in Toxicology issued an “expression of concern”, saying that its published research finding glyphosate to be safe had not fully declared Monsanto’s involvement.

The high-profile correction came after litigation revealed that the company was involved in organizing and editing article drafts. Monsanto was linked to a scientific review that countered a crucial 2015 International Agency for Research on Cancer classification of glyphosate as a probable human carcinogen.

A Bayer spokesman, Utz Klages, said in an email that the number of cases filed was “not indicative of the merits of the litigation”. He called glyphosate a “breakthrough for modern agriculture” and “cost-effective tool that can be used safely to control a wide range of weeds”.

Regulatory reviews and scientific studies have demonstrated that glyphosate is safe and not a cause of NHL, he said, adding: “The Johnson verdict is not final and concerns a single, specific case.” 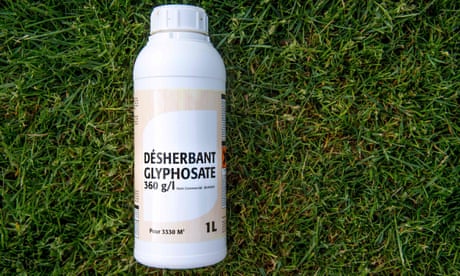 EU on brink of historic decision on pervasive glyphosate weedkiller

John Barton, a California farmer who used Roundup for decades and was diagnosed with NHL in 2015, said he was eager to go to trial, especially since Monsanto and Bayer were still telling the public that glyphosate was safe.

“Monsanto needs to realize that we are not going to be silent any more,” said Barton, a third-generation farmer, who is part of a California lawsuit filed by the Baum Hedlund firm, which represented Johnson. “We are not going to roll over and play dead … People should be warned that this stuff is everywhere and we should be careful of this product.”

Barton, 69, said he also feared that his three sons could get sick due to their Roundup exposure.

“My dad exposed me to this. He never would’ve done that if he knew it was dangerous,” he added. “I have this guilt that I may have endangered my own sons.”

Deborah Brooks described NHL as “torture”, recounting her husband lying on towels on the floor trying to stop endless nosebleeds and the constant illnesses that plagued him while his immune system suffered.

“Nobody should have to go through that. It takes life in such a terrible way,” said Brooks, whose husband was 72 years old when he died. “I’m fighting for the honor of my husband and all the others that have come before and will come after … My heart goes out to those victims who don’t know they’re victims.”

Bayer declined to comment about the Brooks or Barton cases. A spokeswoman, Charla Lord, said in an email that because the Pilliods are both in remission and there was “no indication of any imminent cancer recurrence”, the company is arguing that an early trial date was not warranted.

Legal experts said it was possible the Johnson appeal could lead to a reduced monetary award. The courts could also find that there was insufficient evidence to prove that glyphosate causes cancer or that attorneys failed to demonstrate that the herbicide caused Johnson’s cancer.

Those outcomes could be devastating for Johnson and a setback for those fighting glyphosate. But cancer patients and families across the country will be able to push forward regardless of what happens in San Francisco, said David Levine, a University of California Hastings law professor.

“Even if Monsanto gets a complete victory here, it’s not going to stop other plaintiffs.”

The United States stands with India in its efforts to defend its sovereignty and liberty, US Secretary of State...